I wrote the Windows 3.1 Resource Kit using my own WYSIWYG Word template, being the first to deliver Msft Press a camera-ready manuscript using only Msft tools. Then I became one of the first adopters of the infamous Msft MAE templates. Until I began creating Web pages—and even after—I did most of my writing in ready-for-print Word files.

In my after-hours fiction writing over those same two decades, I used my own WYSIWYG templates — and then had to import into standard manuscript templates for submission, so that my work would look like it was done on a manual typewriter circa 1930: Courier, double=spaces, 72pt margins. (“Editors and agents can’t evaluate a manuscript in any other format.”

While preparing to publish the first two Jugum Press titles for ebook and print, I translated my long-time template into HTML/ebook layout, and then imported carefully styled text into a CreateSpace print template. Half-way through H&J, I realized I was doing in backwards.

So for the first Historic Voices title and the first two Rain City Comedy of Manners titles, I imported the text into my modified CreateSpace print templates and finished the editing, layout, hyphenation/justification, and pagination. That way, as editor/author, I could make editorial changes to manage widow/orphan control and pagination.

After finishing the print version, I spent 10 minutes stripping hard spaces, hard line returns, hard everything, and created the HTML/ebook format. My custom CSS files are written for the same controlled paragraph/character styles as in the print-version of the Word file. To change appearance, I change the CSS; I don’t touch the content file.

Now I’m basically back to the processes I invented in 1992, writing new content directly to the print-ready page in a file that can be changed to another style format or file format in just minutes.

I remain allergic to double-spaced Courier with 72pt margins, like I have been since I dumped my Lexitron word processor in 1983. 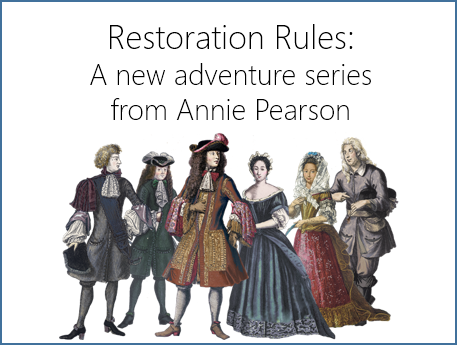